Government of the Netherlands 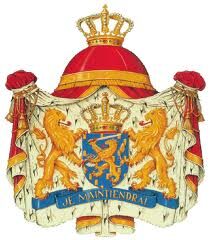 Leader/Ruler: Koning Samuel I of the Netherlands Translation:  (May god have us in his eyes, for we are glorious, we stand together in this Monarchy)

While the Dutch may of had such a great example of territories in the new world such as New Amsterdam which the British took in August 27, 1664, They have had other colonies such as Dutch Guyana, which grew to be come its own state following the rights of the Netherlands.

Relations of other Kings and Queens[]

Currently, the Dutch do use ships for war, they are Nationalized. Trading boats are required to carry at least 30 cannons for support or pirate attacks, The Dutch currently trade in the Caribbean, Southern Africa, Northern Europe, and Southern Asia. The only 2 regiments that are actually used for war, are the Traditional Dutch ships, Fluyts, they are commonly used for trade, and the First Rates. Flutes are mostly used for trade but most of these boats are now being used in war, as times may get tough.

Currently, the Dutch does have a National Military. There are only 4 regiments that are in service,The Blue Guard, who protects important builds and citizens. Also, The Line Infantry, whos job is to follow any general in battle., Also the Holland Guard, who is considered to be the best Dutch Regiment besides the Blue Guard. The Blue guard is considered to be one of the greatest Dutch Infantry. Also, There is one Regiment of Dragoons currently in service. With the resignation of David Kroshbon I of Switzerland, the Dutch have inforced more soldiers into service, with the hopes of being a stronger World Power. With the giving of New Zealand, The Dutch have more men stationed near Austrialia, Flanders, and Netherlands.

The Main religion is Catholic, although many immigrants bring in Christain, Orthodox, and Islamic, While this may not be a issue, Netherland does not require a specific religion to be praticed or preached. Currently the biggest religion praticed, or learned would be Catholic, asides from the fact the Ruler is Catholic.

Drink n' Check: bar with special dancers. It is in Amsterdam and it is very popular. The owner is Queen Victoria I of Portugal. The important political figure Johnny Goldtimbers, Prime Minister of Great Britain, likes a lot this bar...

7/7/1820: - The Netherlands is Refounded from a Restarting and has the same Leader: Koning Sammuel I of Netherlands

7/29/1820: - The Netherlands Supports the Republic of Bavarian Rebels against the Monarchy of Bavaria, War Tensions start to arise with Switzerland, having they supported the Monarchy.

8/3/1820: - Netherlands is given the Lands of Bavaria by the Treaty of Karlendijk.